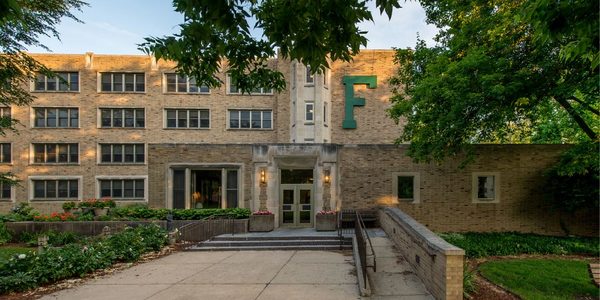 Fisher Hall, named in honor of Fred and Sally Fisher, is located on the South Quad next to the South Dining Hall and near the Rockne Memorial. Fisher boasts a strong service program, annually raising funds on behalf of St. Adalbert Catholic School and supporting the Holy Cross Missions in Africa. Fisher hosts the Fisher Regatta in which residence halls race their own personally constructed boats across St. Joseph’s Lake, and hosts a series of “Fred Talks,” designed for the men of the hall to gain insight from Notre Dame’s most prominent faculty, administrators, coaches, and alumni. In addition to Sunday Mass, Fisher also celebrates Mass Monday through Thursday at 10 p.m. and holds a weekly rosary devotion on Tuesdays. Fisher was last named Men’s Hall of the Year in 2015-2016 and was home to both Regis Philben and Joe Montana.