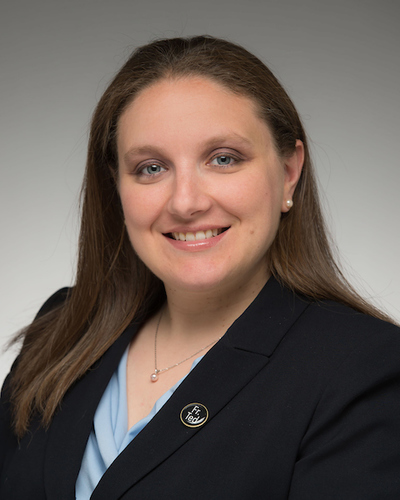 Breyan Tornifolio is the Director of Residential Life: Rector Recruitment, Hiring, and Retention, a position she has held since 2017. She also concurrently serves as the interim rector of Breen-Phillips Hall. Prior to becoming Director of Residential Life, Breyan served as rector of Pasquerilla East Hall (2006-2009) and as the inaugural rector of Ryan Hall (2009-2013). Subsequently, she was chosen from the Division of Student Affairs to join the University's Leadership Rotational Program wherein she worked for the Office of Continuous Improvement, Athletics, and Mission Engagement and Church Affairs. She successively worked for University Relations as Associate Director for Student Philanthropy and concurrently acted as special events coordinator for the President. During her tenure at Notre Dame, Breyan has also served as an instructor for both Diversity Education and the Moreau First Year Experience course as well as a member of the President's Committee for Cultural Diversity. Breyan received her Bachelor's degree in Psychology from Wheeling Jesuit University and her Master's degree in Higher Education from Geneva College.