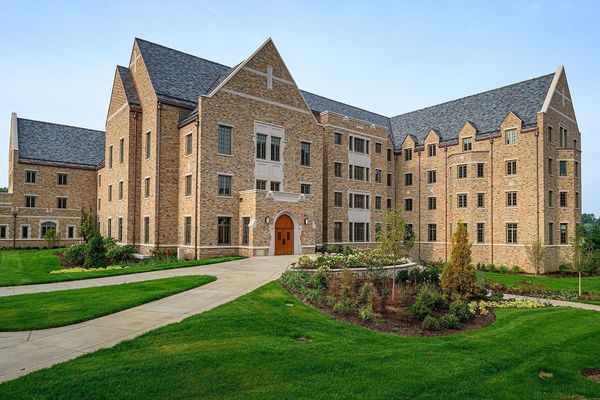 Baumer Hall is the newest men's hall in the Notre Dame residential life community, completed in Summer 2019. This $20 million facility is the result of a generous gift from University of Notre Dame alumnus John Baumer and his wife, Mollie. “This University has been part of our family story for three generations,” John Baumer said. “The residence hall experience I had at Notre Dame was the backdrop for the best and most lasting friendships and memories I have made. Sharing every aspect of life with your residence hall community creates a foundation of friendship and support you will build on for the rest of your life. I am deeply grateful for my time in Zahm Hall, and we as a family are delighted that we have the opportunity, through Baumer Hall, to ensure this tradition remains strong and meaningful for future generations.” Baumer Hall is located on the south side of the Notre Dame campus, near to Ryan and Keough Halls. The four-story, 78,000-square-foot structure will house 251 men and feature a two-story lounge, reading room, study rooms, community kitchen, chapel, laundry, vending, storage, exercise room and space for food sales on the lower level. 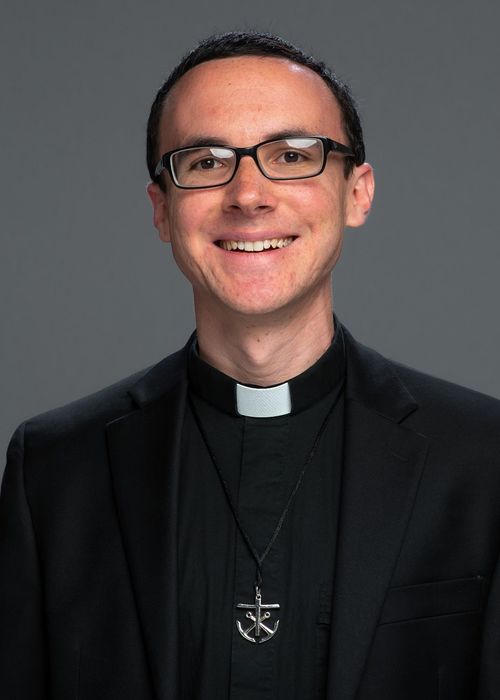 Robert Lisowski, C.S.C., is a native of Scranton, Pennsylvania. A product of diocesan Catholic schools, Robert matriculated to St. John’s University in Queens, New York. It is from St. John’s that Robert graduated in 2014 with a bachelor’s degree in philosophy with minors in classics and psychology. While initially considering a vocation to the diocesan priesthood of Scranton, Robert came to see his calling in terms of religious life and a community involved in the apostolate of higher education. It was this sense of call that led Robert to enter formation with the Congregation of Holy Cross at the University of Notre Dame in August 2014. Following completion of the novitiate and first profession of vows in 2016, Robert began work on his master of divinity degree, which he received this past May. Throughout his years of formation, Robert has participated in a variety of ministries including parish faith formation, hospital/hospice chaplaincy, undergraduate teaching, and as the assistant rector for the Dillon community living in Baumer Hall. Robert anticipates his profession of final vows and ordination this September. When not engaged in ministry, Robert devotes time to academic research in philosophical theology, particularly exploring the boundary between theology and philosophy in twentieth century France and Germany. His extracurricular interests include reading, swimming, movies, theater, traveling, and socializing with friends.