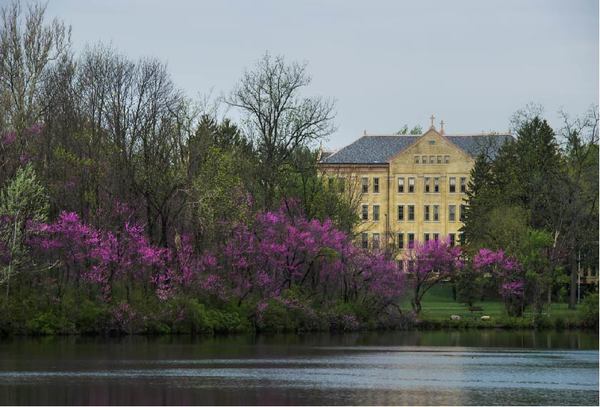 Built in 1906 as the scholasticate (house of studies) for the the Brothers of Holy Cross, Carroll Hall was purchased by the University and converted to a men’s residence hall in 1967. The hall is named after Charles Carroll of Carrollton, cousin of Bishop John Carroll and the only Catholic signer of the Declaration of Independence. When the Holy Cross brothers owned the building, St. Andre Bessette, C.S.C., the Congregation of Holy Cross’ first saint, called the hall home. The location of Carroll Hall on St. Mary’s Lake in addition to its small size contribute to the close knit community within the hall. Each year, the men of Carroll host A Carroll Christmas and the Lakeside Music Festival, the University’s only outdoor music festival, with the women of Badin Hall. All proceeds from the event benefit the Boys and Girls Club. 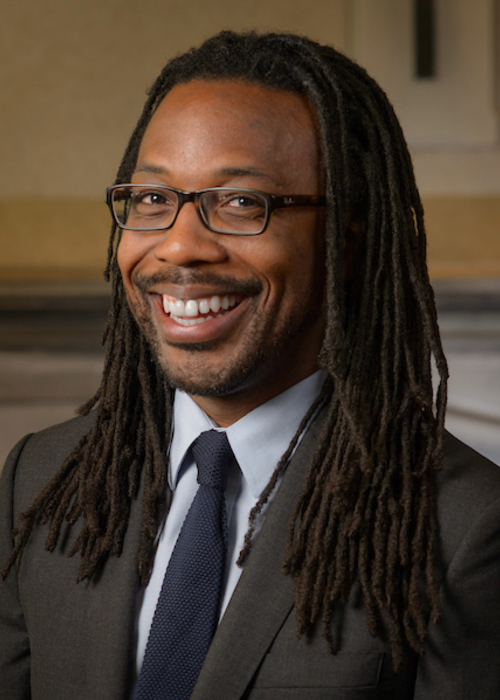 Originally from Chicago, Illinois, Eric Styles became the rector of Carroll Hall in 2016. He earned his Bachelor's degree in Electronic Media and African-American Studies from the University of Cincinnati College-Conservatory of Music and his Master's degree in Applied Philosophy from Loyola University Chicago. Prior to Notre Dame, Eric worked as a Parish Liturgy Coordinator at Saint Benedict the African (East) Catholic Church in Chicago and a House Manager for the Theatre School of DePaul University. He discerned religious life for seven years with the Society of Jesus before finding his way to Saint Mary's University of Minnesota and working as a Campus Minister in liturgy and faith formation. Eric remains active in the performing arts and also enjoys writing about theology and contemporary culture.