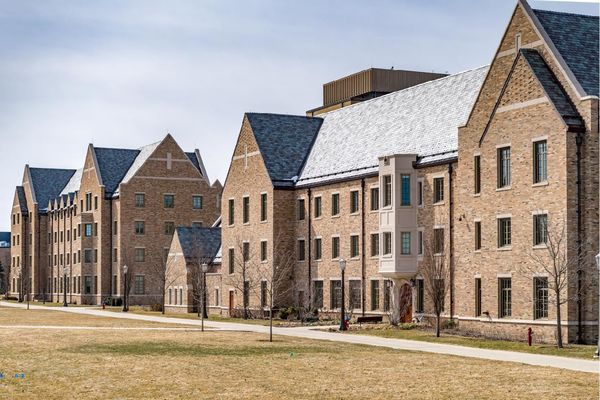 Established in 2016, Dunne Hall is one of the newest residence halls on campus and is named after its benefactors, Jimmy and Susan Dunne. Built as an expression of gratitude from Dunne and four college roommates, the hall is located on the Northeast corner of campus and houses the only Notre Dame chapel named in honor of Bl. Basil Moreau, founder of the Congregation of Holy Cross. Along with it's in-hall chapel, Dunne Hall features a two-story lounge. Drs. John and Karen Deak are only one of two faculty couples on campus who live in residence. Together, the Deaks live among the residents of Dunne Hall. 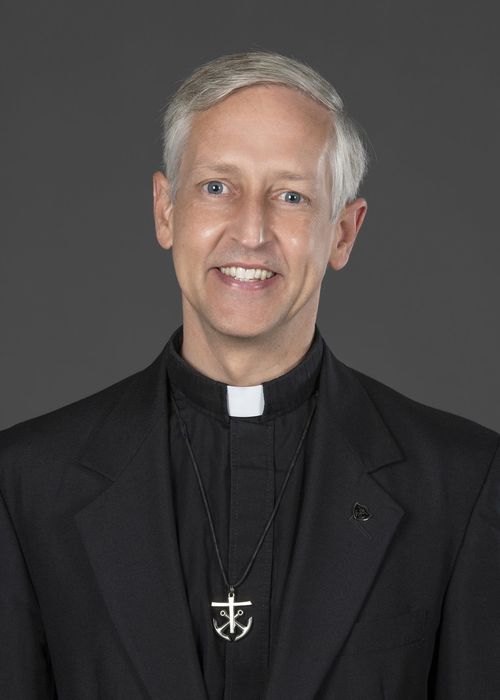 Fr. Eric Schimmel, C.S.C., is the youngest of four children from Pittsburgh, Pennsylvania. He first encountered the Congregation of Holy Cross while studying at the University of Notre Dame where he earned his bachelor’s degree in chemistry and theology. Immediately following graduation, he entered Moreau Seminary and eventually lived and worked in East Africa before finishing his master of divinity degree at Notre Dame. He professed perpetual vows in 2001 and was ordained a priest in 2002. Fr. Eric served in parishes in Colorado Springs, Colorado; South Bend, Indiana; Phoenix, Arizona; and Easton, Massachusetts. He spent several years as the Director of Andre House, a ministry serving the poor and homeless in downtown Phoenix, in addition to three years in ministry at King’s College in Wilkes Barre, Pennsylvania, working both in the Hispanic Outreach office and Campus Ministry. In his spare time, Fr. Eric has been known to hike, swim, and show his minimal skills on the basketball court.