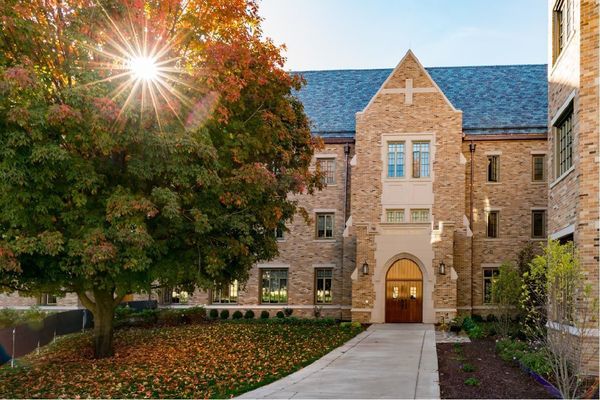 The gift of Jay and Mary Hesburgh, Flaherty Hall was established in 2016 and is one of the newest residence halls on campus. Formally dedicated to recognize Mary Hesburgh Flaherty, the niece of former Notre Dame president, Rev. Theodore Hesburgh, C.S.C., and a 1979 graduate from one of the first classes to include women, the hall is located on the Northeast corner of campus. The majority of residents in the hall’s first year were comprised of former residents from Pangborn Hall, when the Pangborn community transitioned to Flaherty.  Flaherty was built in the neo-gothic style, with the chapel visible from the outside. 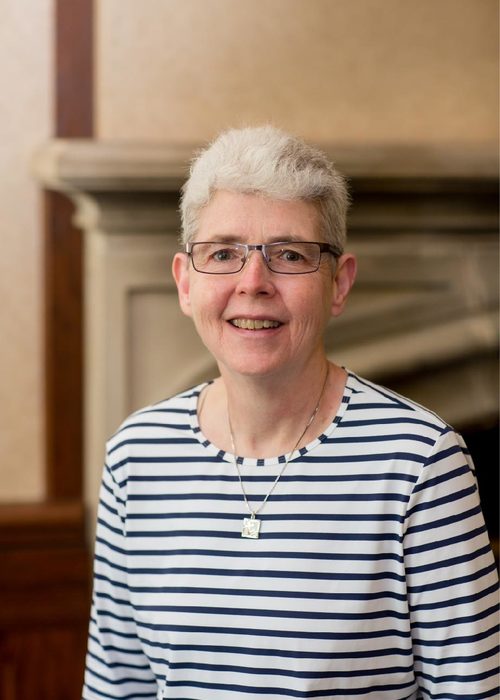 A Dominican Sister from Grand Rapids, Michigan, Sr. Mary Donnelly, O.P. became the rector of Flaherty Hall in 2016. Prior to opening Flaherty, Sr. Mary was the rector of Pangborn Hall since 2008. She earned her Bachelor's degree from Aquinas College and a Master's degree in Pastoral Studies from the Aquinas Institute of Theology. She completed certification in Spiritual Direction at the Dominican Center at Marywood and received her Doctor of Ministry degree from Western Theological Seminary. Prior to Notre Dame, Sr. Mary served in Campus Ministry at Aquinas College, where she coordinated retreats, Bible Study opportunities, and evenings of reflection, faith, and film. As the Director of Formation for her religious community, Sr. Mary has worked directly with women seeking to become professed religious.