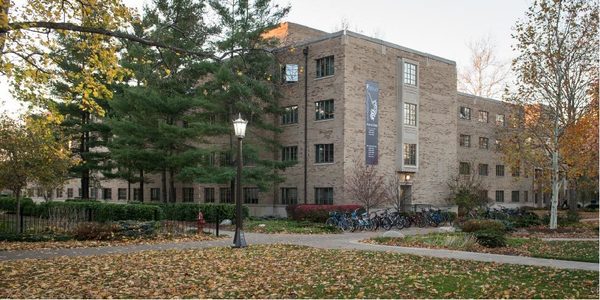 Dedicated in 1957 in honor of James Keenan, Jr. who passed away shortly before his freshman year, Keenan Hall shares an entrance lounge, chapel, and rivalry with Stanford Hall. Since 1976, Keenan has hosted the Keenan Revue, which includes comedic sketches and musical performances from the men of Keenan. With an attendance of nearly 5,000, the Keenan Revue is one of the largest campus events of the spring semester and the largest residence hall signature event at Notre Dame. Keenan also annually hosts Muddy Sunday, a mud volleyball tournament that raises funds for Habitat for Humanity. Keenan was last named Hall of the Year in 2013-2014 and Men’s Hall of the Year in 2014-2015.