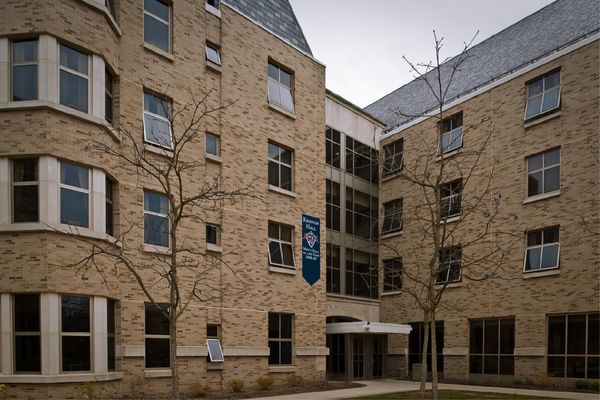 Keough Hall is named in honor of Marilyn Keough, the wife of Donald Keough, chairman emeritus of the Board of Trustees and a Life Trustee of Notre Dame. Keough was dedicated in 1996 and built as a replacement residence hall for Flanner and Grace Halls, which were both converted into administrative buildings. The hall is known for its Toga Dance, “Rootreat,” and summer service at St. Brendan’s Parish in Tanzania. Keough also annually hosts the Keough Hall Chariot Race in which Keough men build their own chariots to race against one another. This signature event lasts all day and is followed at night by a dance. Keough was last named Hall of the Year in 2008-2009.