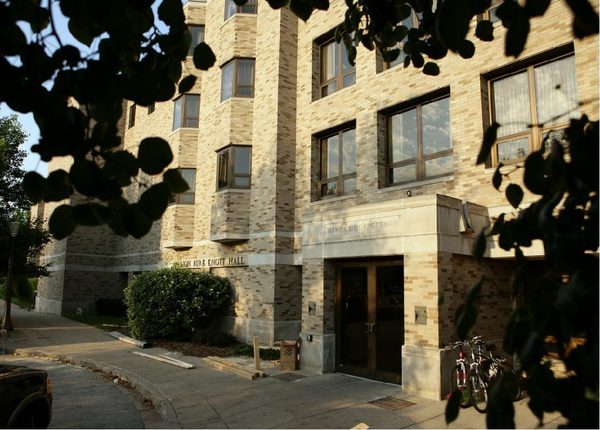 Constructed in 1988, Knott Hall was the first Notre Dame residence hall named for a woman, Marion Burk Knott. Originally built as a women’s residence hall, it was converted to a male hall in 1997. Within the Knott Hall chapel is a statue of St. Elizabeth Ann Seton donated by her grandson, Archbishop Robert J. Seton. The chapel is also home to a sculpture by renowned Croatian sculptor and architect Ivan Mestrovic. The men of Knott annually lead the Aidan Project, a cancer awareness initiative in which students make fleece blankets and write personal notes of encouragement for children undergoing cancer treatment. Knott Hall also annually hosts the AquaKnott and the All Knotter. It was last named Men’s Hall of the Year in 2013. 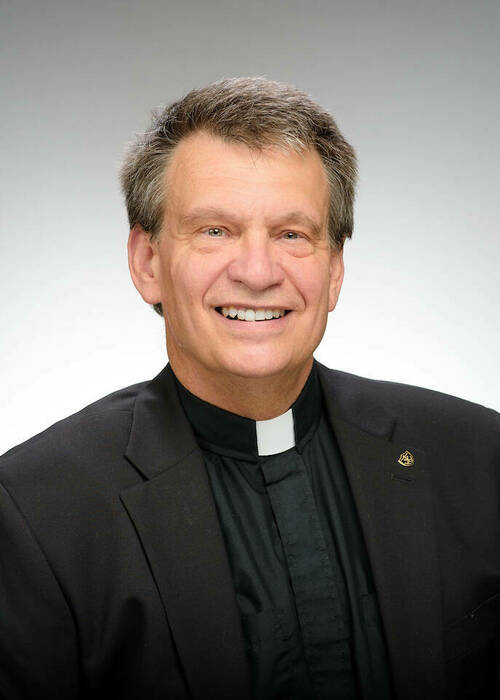 Fr. Jim King, C.S.C is returning to campus after previously serving at Notre Dame in a number of capacities, including as rector of Sorin College from 2003-10. He has spent the last four years teaching theology at the University of Portland and previous to that worked in Holy Cross’ missions in Uganda. He is originally from Chicago and received his undergraduate and two graduate degrees from Notre Dame. Fr. King is the author of Known by Name: Inside the Halls of Notre Dame and Holy Cross and Christian Education.

When asked to consider what it means to him to serve as a rector, he said: “I have spent more than half my life living in residence halls. Not only has it been one of the fruitful aspects of my own personal ministry as a priest, but I have long felt that the residential mission is the defining characteristic of the Notre Dame undergraduate experience and the most important manifestation of Holy Cross’ charism in Catholic education."