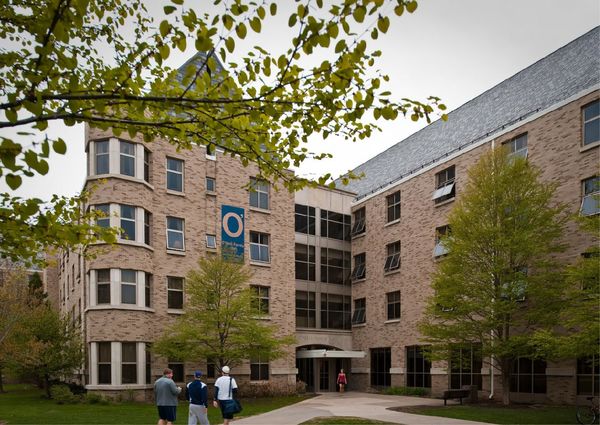 Dedicated in honor of Joseph O’Neill, Jr. ’37, and funded by the O’Neill family, O’Neill Family Hall was the first men’s residence hall built on West Quad. At the time of its construction in 1996, O’Neill was also the first hall built for men since Flanner and Grace Halls in 1969. O’Neill is deeply committed the South Bend Center for the Homeless. In October, O’Neill hosts “Without a Home,” in which the men of the hall hold a vigil throughout the night to raise awareness and funds to aid the Center. Service trips are ongoing, and Sunday Mass collections are donated to the Center for the Homeless as well.  O’Neill also annually hosts the Ms. ND Pageant in which contestants from each female residence hall compete for the title of “Ms. ND.” O’Neill was last named Hall of the Year in 2006-2007. 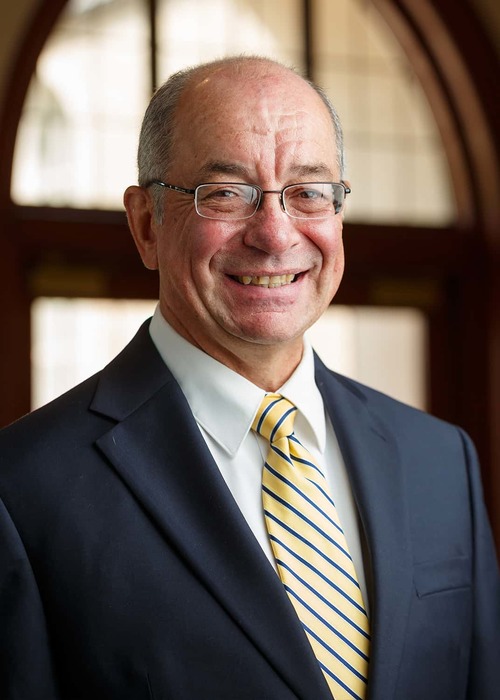 Rick Mazzei is a Massachusetts native who graduated from Notre Dame in 1978 with a Bachelor of Business Administration in Marketing. While a student at Notre Dame, Rick was the goalie for the Notre Dame Lacrosse Club, and served as the President of the club his senior year.

Rick has been a Catholic school educator for the past 43 years, including a five-year stint as Principal of Our Lady of Grace School in Chelsea,  Massachusetts; 30 years of service at Malden Catholic High School, an all-boys Xaverian Brothers school located outside Boston; and seven years serving as the Rector of Fisher Hall at the University of Notre Dame. At Malden Catholic, Rick served in many administrative roles, including Athletic Director and Admissions Director, and he also taught United States History. Also, during his time at Malden Catholic, Rick earned a Master of American History degree from Salem State University. For 33 years, Rick served as Head Boys Lacrosse Coach in Eastern Massachusetts, coaching at Beverly High School for sixteen years and founding the program at Malden Catholic High School. A member of the New England Lacrosse and Beverly High School Halls of Fame, Rick is the first coach in the state of Massachusetts to record 400 wins. In July of 2014 Rick was appointed Rector of Fisher Hall and served the men of the Fischer community these past seven years. In May of 2021, Rick stepped down as Fisher Rector to take some time off after more than four decades of service to Catholic education on all three levels.

Residential Life recently reached out to Rick to invite him to return to his alma mater once again, only this time as Interim Rector of O’Neill Family Hall. On being appointed O’Neill Interim Rector, Rick said: “I am honored to be asked to return to Our Lady's University and serve the men of O'Neill. I know the great work that Fr. Chris has done as Rector and I look forward to continuing the traditions that make O'Neill such an awesome and spirited community."