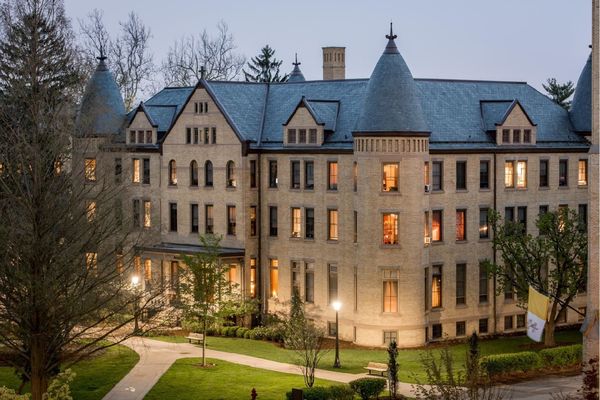 Constructed in 1888 and named after University of Notre Dame founder, Rev. Edward Sorin, C.S.C., Sorin Hall was the first facility designated by its namesake as a residence hall. Prior to 1888, all students were housed in the Main Building. Kick-It for Kevin is Sorin Hall’s annual fundraising event honoring former resident Kevin Healey who died his sophomore year after fighting a courageous battle with cancer. Each year, the men of Sorin honor Kevin’s memory through an annual kickball tournament to raise funds for pediatric, adolescent and young adult cancer research. President Emeritus, Rev. Edward “Monk” Malloy, C.S.C., has served as a priest in residence in Sorin since 1980. Past residents include legendary head football coach, Knute Rockne; athlete and athletics director, Ed “Moose” Krause; and Heisman trophy winners John Lujack, Johnny Lattner, and Paul Hornung. 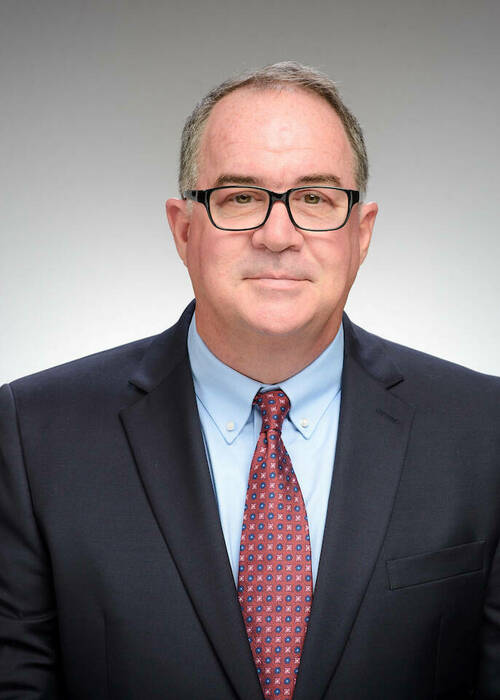 Dan was born in Rochester, New York and moved to Chatham, New Jersey when he was ten years old. He spent his childhood exploring the National Wildlife Refuge that was located just beyond his backyard, playing touch football with his parents and four siblings, experiencing epic neighborhood-wide ghosts in the graveyard games, and enjoying the kind of pizza and bagels that he’d never find again once he moved away.
He attended The Catholic University of America in Washington, DC, where he majored in Social Work and was actively involved with Campus Ministry. Dan taught at Iona Preparatory School in New Rochelle, New York. He loved his years at Iona Prep. He spent a great deal of time with students on retreats and in liturgies, doing service work, and even whitewater rafting in frigid, wild, early-spring Pennsylvania rivers. It was a grace-filled time, culminating in meeting his future wife, Felicia Leon (a double Domer).

Dan received his Master of Divinity from Notre Dame. After working as Director of Parish Social Ministry for the Diocese of Greensburg, PA, and as an Editor for Ave Maria Press at Notre Dame, he and Felicia founded, together with other parents, Good Shepherd Montessori School in South Bend, work that was to be transformational for them and for the children.

Many things changed when Felicia passed away in 2017 after an eight-week bout with cancer. Dan stayed for five more years at Good Shepherd, then after twenty years at the helm, he decided it was time for a new adventure.

He enjoys painting, having taken up iconography when Felicia died, and he enjoys spending time (when they are in town) with his five children, ages 16 to 26. He still wants to do a better job training his two-year-old labrador retrievers, Larkin and Shadow, who are joining him at Sorin College; he’s looking forward to sharing them with the students and showing them the beautiful campus.

When asked to reflect on the opportunity to serve as rector, Dan said, “This feels like a full circle, a nod to my roots in education and ministry at Iona Prep. I look forward to entering into the stories and experiences of the men of Sorin, and standing with them as they grow in faith and wisdom at Notre Dame.”