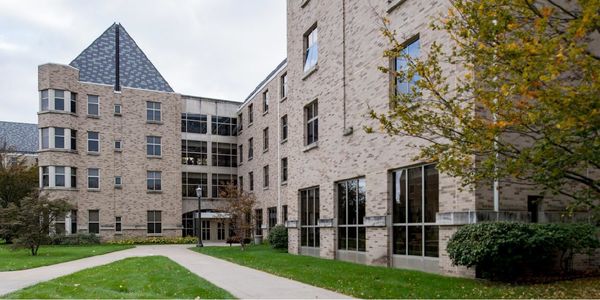 Welsh Family Hall was built in 1997 and is named in honor of Robert and Kathleen Welsh and family. It is conveniently located on the West Quad just north of the Eck Visitor’s Center and Hammes Notre Dame Bookstore. The women of Welsh have a strong commitment to service and spiritual development in addition to interhall athletics, which include flag football, lacrosse, water polo, and ping-pong. It’s most famous annual event is the Clary Murphy Thomas 5K, which honors Brionne Clary, Connor Murphy, and Miranda Thomas, three students from the Class of 2002 who lost their battles with leukemia during their time at Notre Dame. Welsh Family, commonly referred to as “Welsh Fam” to avoid confusion with Walsh Hall, a separate women’s residence, last won Hall of the Year in 2004-2005. Notable former residents include women’s basketball standouts, Ruth Riley and Niele Ivey. 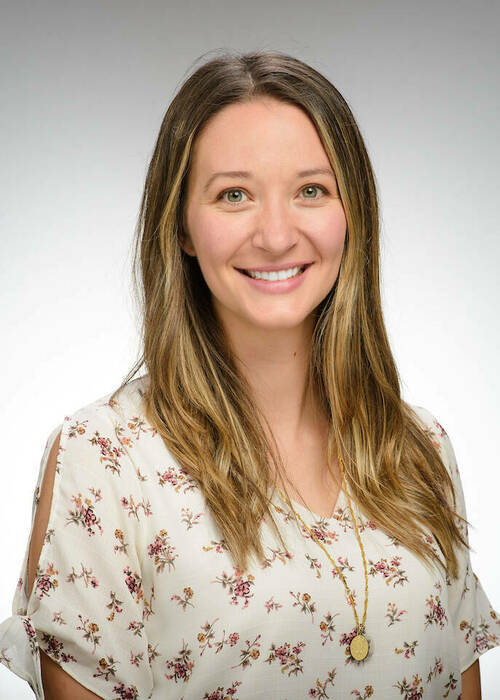 Angela De Ciantis is originally from Toronto, Canada and is excited to be serving young adults at the University of Notre Dame as a Rector. Angela completed an Honors Bachelor of Arts degree in Psychology at York University in Toronto. Afterwards, she completed a Master of Arts in Child Study and Education from the University of Toronto. In gratitude for the formation she received as a student from the Catholic Chaplaincies at both universities, Angela went on to serve as a Campus Minister at York University for four years where she could professionally engage her passion for the holistic formation of young adults. In 2020, Angela moved to New Jersey where she worked in parish ministry, serving in the areas of children’s faith formation, youth ministry and young adult ministry, while simultaneously pursuing her Master of Arts in Theology through the Echo program at Notre Dame.

Angela enjoys traveling to new places, drawing and painting, watching live theatre, sharing meals with good company and karaoke nights.
“I am so grateful for the opportunity to serve as a Rector at Notre Dame and to meet a diversity of people in this ministry. I consider it a great privilege to work alongside a wonderful team of professionals to advance Notre Dame’s mission of educating the minds and hearts of students. It is a true joy to journey with students during such formative years of their lives and to support them in their personal growth toward authenticity and integrity.”